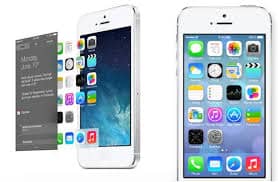 It’s confirmed. The Apple has launched new mobile phones that run on a newer operating system called iOS 7. On the first week of its sales, there were about more than eight million who are interested in trying the new capabilities and features of the new iOS 7 from Apple.

On its game apps, it has an action-packed game known as Infinity Blade III and it runs in a 3-D application. It is a fantasy battle game where gamers will enjoy the fight through a mystical planet using swords which are controlled by finger swipes. It is challenging and the graphics are impressive with details. However, the battles here are somewhat repetitive. The game offers at $7.

The interface application is enhanced for compatibility with the clean and simple appearance of iOS 7. It is simpler to use such as placing special filters, picture frames, and personalised stickers in single folder called “Supply Shop.” The best thing is that the app is free but some add-ons should be bought at a price. A pack of filters will cost the users $2.

The camera on this new mobile phone must be checked. You can use the Photo Editor application from Aviary to edit and add some special effects such as filters. You will enjoy the picture-tweaking because of its simple interface yet very strong effects such as adjusting the contrast of the pictures.

Another cool application for picture-effects is its TiltShiftGen 2 where you can do some distortions or modifications to a picture so that it will appear as a photo of a miniature or model, rather than a picture of the actual world. The application appears to be compatible with the iOS 7 where the controls are easy. This TiltShiftGen costs $1.

Do you love music? This new Apple phone has its own music-playing application which is compatible with iOS with a different Soundwave – and it is a free app. You can find new music through social networks like Facebook. You will be able to know the music your friend in Facebook has listened to recently. It will allow you to find out what music people are playing in a location by placing a circle on a map of your present location. You will be able to listen to some snippets of music and choose whether to buy the music later.

Night Sky 2 application allows you to display geo-location and the processing features of your phone. It shows the image of the planets and stars over your head including some information as you hold your mobile phone to the sky and move it around. The application is educational, futuristic, and enjoyable.. you can buy this at $1.

Be updated with the local news and around the world with the Flipboard application to read news. Flipboard collects news from multiple sources where it displays news graphically through finger swipes by “flipping” the screen for the next news items. You can also browse the items more intensively by tapping on the news items and you can share the news through email or social network like Facebook. The application is organized by news resources and other categories. It is enhanced to be compatible with the iOS 7 which includes image animation by tilting the iPhone. It is reviewed as useful and it is offered for free.

And then there is more. Since Twitter is recognised as great social network to connect with friends and one way of getting real-time news items. Twitter was enhanced to fit into the iOS 7 and look as clean and simple. Siri, the iPhone’s voice-controlled digital assistant, is now at Twitter’s messages so it makes easier to look for information you need. Try Twitter through this new iPhone with iOS 7. It is for free.

And yes, try the “Near Me” button in the App Store app of the Apple, and you will discover more great new applications that people are enjoying right now!

Complete the form below and we'll contact you to provide a quote ASAP.
Alternatively, please call: 1300 055 867